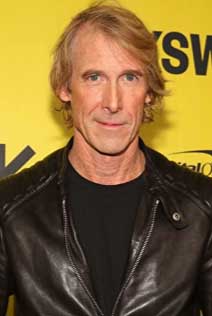 Though little is known about the project as of yet, it appears Bay is planning to start principal photography in just five weeks, while a non-fictional pandemic has paralyzed pretty much every other film production across the globe.

The picture - called Songbird - will be directed by Into the Dark filmmaker Adam Manson, who penned the script along with screenwriter Simon Boyes. Distancing himself from the camera, Bay is tied to the project as a producer, working together with Paramount exec Adam Goodman's production company Invisible Narratives, as well as Catchlight Studios.

The film will see Into the Dar''s Adam Mason serve as the director, and Michael Bay will serve as one of the film's producers.

"It takes place two years in the future. The pandemic has not gone away. Lockdowns have been rolled back and then reinstated, and it becomes even more serious as the virus continues to mutate"

They are looking to shoot in Los Angeles during the current lockdown, which could seemingly go against all the existing protocols. Social distancing guidelines will be followed by the production, with actors never sharing the same space. Scenes will be shot after the crew has prepped the shots, and there won’t be any scenes where actors engage face to face.