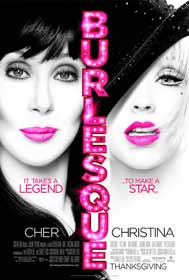 Ali (Christina Aguilera) is a small-town girl with a big voice who escapes hardship and an uncertain future to follow her dreams to LA. After stumbling upon The Burlesque Lounge, a majestic but ailing theater that is home to an inspired musical revue, Ali lands a job as a cocktail waitress from Tess (Cher), the club's proprietor and headliner. Burlesque's outrageous costumes and bold choreography enrapture the young ingenue, who vows to perform there one day. Soon enough, Ali builds a friendship with a featured dancer (Julianne Hough), finds an enemy in a troubled, jealous performer (Kristen Bell), and garners the affection of Jack (Cam Gigandet), a bartender and fellow musician. With the help of a sharp-witted stage manager (Stanley Tucci) and gender-bending host (Alan Cumming), Ali makes her way from the bar to the stage. Her spectacular voice restores The Burlesque Lounge to its former glory, though not before a charismatic entrepreneur (Eric Dane) arrives with an enticing proposal...

A small-town girl ventures to Los Angeles and finds her place in a neo-burlesque club run by a former dancer.

A small-town girl ventures to Los Angeles and finds her place in a neo-burlesque club run by a former dancer.

Burlesque - Behind the scene on ET!

ET's Exclusive: Behind The Scenes of Burlesque

Behind the scenes filming of Burlesque 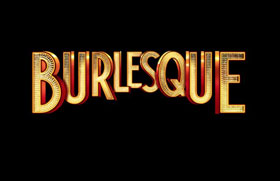 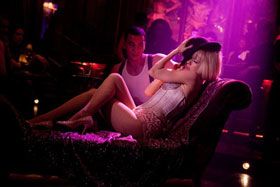 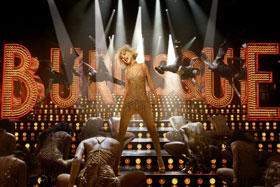