Charlie's Angels Is A Continuation, Not A Reboot.

Elizabeth Banks says her Charlie's Angels is a continuation rather than a reboot or remake, as first look photos from the movie are released.

The upcoming feature-film from director and co-writer Elizabeth Banks stars Kristen Stewart as Sabina Wilson, the hard-partying, highly skilled wild card; Ella Balinska as Jane Kano, the ex-MI6 muscle of the group; and Naomi Scott as Elena Houghlin, an MIT-trained scientist who serves as the "heart of the movie."

There has been a lot made about the updates in store for this latest tweak on Charlie's Angels, but from the first images, it's quite clear that going undercover will still be a big part of the storyline, and it looks as fun and consistent as it's been in the past TV shows and movies. 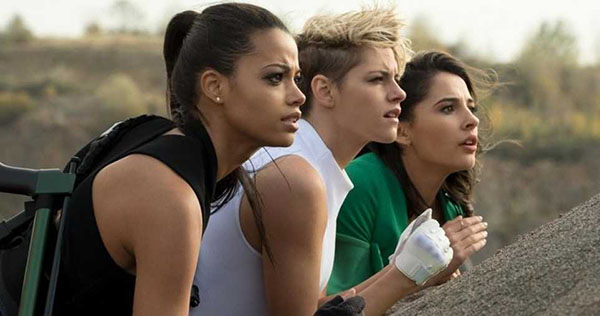 In this new reboot of the popular franchise, Charles Townsend has become a gazillionaire, taking his organization worldwide (a conceit we'll also see played with in Sony's other big 2019 franchise reboot Men in Black International). Elizabeth Banks claims that her movie is not a remake or reboot, but instead a continuation of the narrative set forth in the original.

While there will be a number of Townsend Angel agencies peppered throughout the world, this latest mission will focus on the core crew of Kristen Stewart, Ella Balinska & Naomi Scott.

Charlie's Angels is set for release on November 15th.