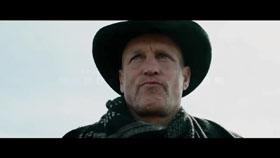 Woody Harrelson is set to replace Jason Statham in Sony's "The Man From Toronto", joining Kevin Hart in the action-comedy.

The film revolves around a case of a mistaken identity after the world’s deadliest assassin, known as the "Man from Toronto", and a stranger, played by Hart, run into each other at an Airbnb. Chaos soon follows as the assassin’s world comes crashing down on Hart's.