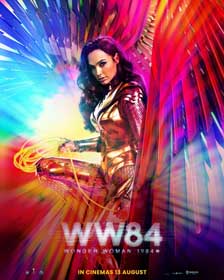 Wonder Woman 1984 has been delayed by two full months by Warner Bros. This is the latest major Hollywood release to lose its release date amidst the ongoing situation brought on by current global events.

Warner Bros. has officially dated Wonder Woman 1984 for August 14. The sequel had originally been scheduled to arrive in theaters on June 5 and was expected to be one of the biggest blockbusters of the summer moviegoing season.

In a statement, Warner Bros. Pictures Group chairman Toby Emmerich said: "When we green-lit Wonder Woman 1984, it was with every intention to be viewed on the big screen, and are excited to announce that Warner Bros. Pictures will be bringing the film to theaters on August 14th. We hope the world will be in a safer and healthier place by then."

Gal Gadot, and director, Patty Jenkins, shared a new animated poster and their own respective statements on the delay on social media. Gadot shared the new animated poster featuring herself, as Wonder Woman and dressed in the new armor which will be unveiled in the movie, on Twitter and Instagram.