Patty Jenkins Says She Quit Thor: The Dark World Because She Didn’t Want The Blame If It Failed. 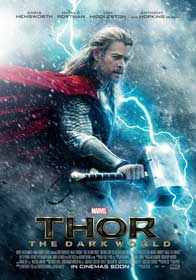 Director Patty Jenkins says she left Thor: Ragnarok (2017) because she didn't believe in the script and didn't want to be blamed for its failure.

The sequel is often hailed as the worst movie in the Marvel Cinematic Universe. That particular topic blew up on social media this past weekend as passionate fans argued over whether Thor 2 or Iron Man 3 was the worst McU project.

Patty Jenkins was originally on board to direct Thor 2 and she had some different ideas from what Marvel Studios had in mind. She has noted in the past that she had a vision of a space opera with Romeo and Juliet mixed in. That is a far cry from what the finished movie became.

In a new interview with Vanity Fair, Jenkins revealed a poor script made her realize it would be impossible to make a good Thor sequel at Marvel.

"I did not believe that I could make a good movie out of the script that they were planning on doing," Jenkins said. "I think it would have been a huge deal - it would have looked like it was my fault. It would’ve looked like, 'Oh my God, this woman directed it and she missed all these things.' "