Emily Blunt and Dwayne Johnson to reteam for superhero movie. 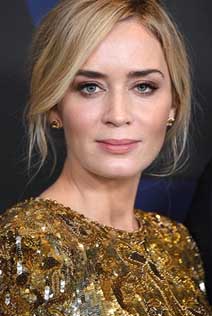 Dwayne Johnson and Emily Blunt are re-teaming on the superhero movie "Ball and Chain" following their collaboration on "Jungle Cruise".

With The Big Sick co-writer Emily V. Gordon adapting Scott Lobdell's Homage comicbook run, which focuses on warring couple Edgar and Mallory Bulson. After three years of a tumultuous marriage, they've decided to throw in the towel. That was the plan anyway, until a mysterious meteor bathed the battling couple in extraterrestrial energies... Energies that gave them superpowers that only work when they're together. Will their newfound abilities be enough to make their marriage work?

Several studios have shown interest, and it looks like Netflix, which has the Johnson-starring Red Notice waiting out the pandemic filming shutdown to finish production, will end up nabbing the movie.

The two actors will appear in Disney's "Jungle Cruise", which had been set to be released on July 24, but but was pushed to July 30, 2021 due to theater closures amid the coronavirus pandemic.