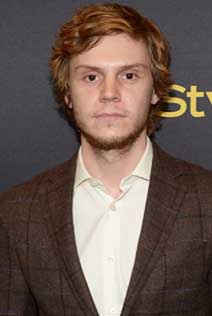 WandaVision, set in the 50s' will follow the story of Elizabeth Olson and Paul Bettany's superhero characters Scarlet Witch and Vision in a classic sitcom-style as the two super-powered beings live out their ideal suburban lives. They soon begin to suspect that everything is not as it seems.

Peters previously portrayed the role of Quicksilver in the most recent three "X-Men" films. Quicksilver is a character who is the sister of "WandaVision" lead character Wanda Maximoff/Scarlett Witch (Elisabeth Olsen).

Peters was always a standout performer in the later X-Men films, so whoever he's playing, it's good news that he's back in the Marvel universe. As far as we know, WandaVision is still set to arrive this winter on Disney Plus