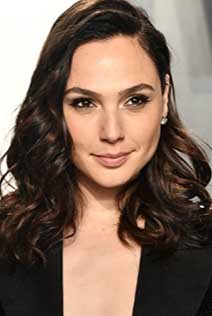 Gal Gadot is reportedly in talks to headline an untitled spy movie for Skydance.

Comic book veteran Greg Rucka, whose work has just hit screens via Netflix's The Old Guard, is writing the script. No plot details were revealed for the new project, but there are rumours floating around that it could be a Spy Vs Spy-style story.

And while no director is mentioned, the plan was reportedly to have the new movie shooting later this year, but that seems unlikely given that Gadot, Dwayne Johnson and Ryan Reynolds still have to finish work on Rawson Marshall Thurber's Red Notice, which had to stop shooting because of the pandemic.

Before all of that though, Gadot will be suiting up once again as Wonder Woman for the much-anticipated sequel to the 2017 hit. Wonder Woman 1984 will drop the Amazonian superhero in the 1980s, with the sequel finding Diana at the height of the Cold War between the U.S. and the Soviet Union. Wonder Woman 1984 finds Diana Prince coming into conflict with two formidable foes - Kristen Wiig's Barbara Ann Minerva aka Cheetah and Pedro Pascal's media businessman Maxwell Lord. If that was not already enough for her to contend with, Diana will also be reunited with her former love-interest Steve Trevor, once again played by Chris Pine, who has returned from the dead under mysterious circumstances.