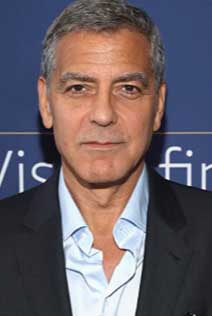 Two-time Oscar winner George Clooney is in talks to direct and possibly produce a film adaptation of the coming-of-age story "The Tender Bar" for Amazon Studios.

The film is based on the J.R. Moehringer memoir about growing up in Long Island and seeking out father figures among the patrons at his uncle’s bar. William Monahan penned the script.

Ted Melfi was originally slated to direct but when both he and Sony Pictures fell off the project, Amazon snapped it up.

George Clooney and his producing partner Grant Heslov would produce through their Smokehouse Pictures banner along with Ted Hope. William Monahan, who won an Academy Award for Best Adapted Screenplay for "The Departed", has written the script for "The Tender Bar".

Clooney had been considering MGM’s Boys in the Boat, an adaptation of the Daniel James Brown book about the 1936 University of Washington rowing team that won gold at the 1936 Olympics. Sources say he’s still attached but felt the timing wasn’t right given the complexity of shooting such a film in the backdrop of a pandemic. He decided to make The Tender Bar his next directing job.