Christopher Nolan's Tenet to be released in August - but not in the US. 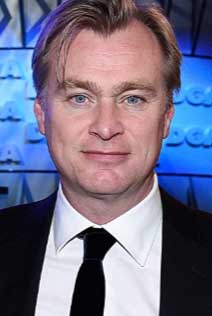 The much-delayed thriller will launch in 70 countries worldwide before a limited release in the US on Labor Day weekend.

Warner Bros has announced that Christopher Nolan’s much-anticipated sci-fi thriller Tenet will be released in international markets before the US.

Tenet is set to arrive in 70 markets on August 26th, including the United Kingdom, Canada, Australia, France, Germany, Italy, Korea, Japan and Russia, with the filming then opening in select cities in the United States on September 3rd for the Labor Day holiday weekend. As yet, there is no word on a potential date for the film to release in China.

Warner Bros. is said to have been buoyed by the financial success of Train to Busan Presents: Peninsula, which has grossed over $20 million in its home market of South Korea this month. This has apparently confirmed to the studio that moviegoers are looking to get back to the cinema, and the hope is that Tenet will benefit from audiences being starved of new content since the lockdown began back in March.