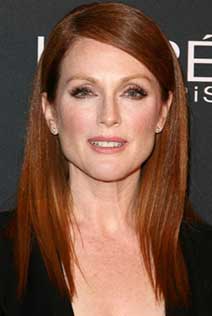 Gloria Steinem biopic "The Glorias" is shifting from a theatrical release to digital and will stream exclusively on Amazon Prime Video in the United States and Canada starting September 30.

"The Glorias", which stars Alicia Vikander and Julianne Moore, had been slotted for a Sept. 25 opening in theaters. But the distributor announced Tuesday that the film will stream on Prime Video in U.S. and Canada and be available for purchase on electronic sell-through platforms.

"The Glorias", directed by Julie Taymor, debuted at Sundance in January. Vikander plays Steinem as a journalist in the 1960s and Moore portrays her as a key figure in the women’s liberation movement during the 1970s and beyond. Nine-year-old Ryan Kiera Armstrong plays her as a girl growing up in 1940s Ohio, and Lulu Wilson plays her as a teenager.

The film also stars Bette Midler as Bella Abzug, Janelle Monáe as Dorothy Pitman Hughes, Timothy Hutton as Leo Steinem and Lorraine Toussaint as Florynce Kennedy. The screenplay was written by Taymor and Sarah Ruhl, based on Steinem’s autobiography "My Life on the Road."