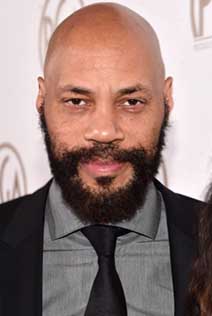 Ridley's series will center on the family of Wayne Enterprise's Lucius Fox and he says: "I think it's a pretty safe bet that if I'm writing Batman, it's probably a little better than a 47% chance he's going to be a person of color."

The news came from the DC FanDome panel "Legacy of the Bat" with DC Publisher and CCO Jim Lee and Ridley on hand.

During the panel, Ridley likewise spoke about how the dysfunctional family dynamics of the Foxes will create a very different feel for this comic compared with how Batman stories usually go.

"But he Fox has a family and this is a family that has secrets, has kept secrets from one another.. It's a little bit different dynamic than the Batman that we’ve always seen.".

It has long been rumored that this series will indeed introduce the world to a black Batman. The first piece of artwork was showcased, which features this book's version of the character from behind, leaping into action. If it is indeed a black Batman, with rumors suggesting Luke Fox, who previously served as Batwing, it would be a groundbreaking moment in the history of the character.

Morgan Freeman played the role of Lucius Fox in the Chris Nolan trilogy, while Chris Chalk took on the part in FOX’s "Gotham"