Adam Pally in Talks to Star in John Belushi Biopic. 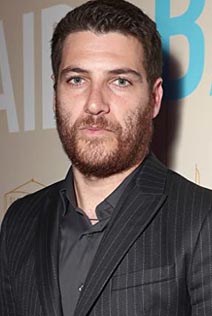 Adam Pally is in talks to star as John Belushi alongside Ike Barinholtz as Dan Aykroyd and Aubrey Plaza as Belushi's wife in a biopic about the late Belushi.

David Frankel will direct the long-gestating project, which was written roughly a decade ago by Steve Conrad. Alexandra Milchan and Scott Lambert are on board as producers by way of the Emjag Productions banner.

Belushi was a comic force who successfully made the jump from Saturday Night Live to the big screen, where his larger-than-life persona served him well in films such as National Lampoon’s Animal House and The Blues Brothers. Belushi famously died at the age of 33 from a drug overdose at the Chateau Marmont in 1982. The film is expected to follow Belushi at the height of his fame, and tell the story of a man who embodied both the glory and the tragedy of the American dream.