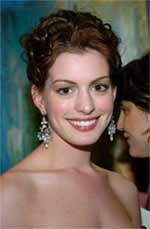 Anne Hathaway is in final negotiations to star in Doug Liman’s "Lockdown", a heist movie and romantic comedy taking place during the Covid-19 pandemic.

"Lockdown" will be fully financed by Stuart Ford's AGC Studios. The budget for the heist/romantic comedy film is reportedly under $10 million. CAA Media Finance arranged financing for the project and is co-repping the worldwide rights with AGC.

Plot details about the project are being kept under wraps and the film is eyeing to start production by the end of September.