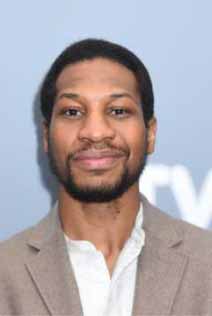 Ant-Man 3 has cast Lovecraft Country star Jonathan Majors. Sources close to Marvel Studios claim he will be playing villain Kang the Conqueror. The studio has yet to comment on the casting, but Majors has been cast in a lead role, opposite Paul Rudd and Evangeline Lily.

Ant-Man 3 has still not officially been announced by Marvel Studios, but the film's pre-production has been underway for a while. Director Peyton Reed, who helmed the first two Ant-Man films, will be behind the camera again, with Jeff Loveness writing the script. Stars Paul Rudd (Scott Lang/Ant-Man), Evangeline Lilly (Hope Van Dyne/Wasp), Michael Douglas (Hank Pym), and Michelle Pfeiffer (Janet Van Dyne) are all expected to return.

Kang the Conqueror is a time traveling character who has gone up against Spider-Man and Earth's Mightiest Heroes in the past. It is believed that the character will appear in more than just one movie, which could mean that Ant-Man 3 will connect to more MCU projects in the near future.

The 31-year-old Majors made his feature film debut in 2017’s Hostiles opposite another upcoming Marvel villain, Christian Bale, and garnered critical acclaim for his lead role in 2018’s The Last Black Man in San Francisco.

2020 has been a breakout year for the actor, who starred earlier in the summer in Spike Lee’s Da 5 Bloods right before the premiere of Lovecraft Country, the dramatic period horror series which has also been a critical and audience hit for HBO.