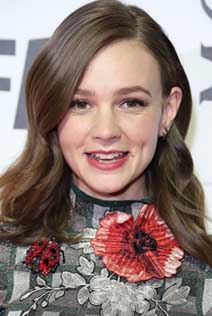 Carey Mulligan has joined the cast of the Leonard Bernstein film "Maestro" that Bradley Cooper is set to direct.

Mulligan will play Felicia Montealegre Cohn Bernstein, wife of the legendary composer/conductor. The film is not a biopic but spans over 30 years and tells the story of Bernstein’s complex marriage and relationship with his wife Montealegre, a Chilean-born actress - from the time they met in 1946 at a party and continuing through two engagements, a 25 year marriage, and three children: Jamie Bernstein, Alexander Bernstein and Nina Bernstein Simmons.

Cooper co-wrote the screenplay with Oscar-winning Spotlight scribe Josh Singer. Cooper has been working with the Bernstein family for three years developing the film as the followup to his directorial debut, A Star is Born.

Cooper said he had been following Mulligan's career since her days in live theater in the U.K. "I was struck by Carey ever since I saw her onstage many years ago and I haven't missed a performance of hers since. I am humbled to be working with such a mammoth talent, as well as such a kind person in Carey," he said in his own statement.

Mulligan will also star in Focus Features' Promising Young Woman later this year and will appear opposite Ralph Fiennes in Netflix's The Dig. Her breakout role in An Education earned Mulligan an Oscar nomination and a BAFTA Award at the age of 25.