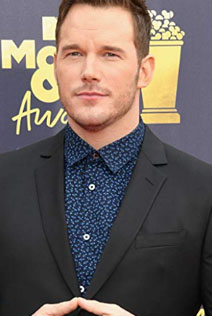 Chris Pratt and Wu Jing, the star of the massive Chinese box office hit Wolf Warrior, will star in an English language remake of action-comedy Saigon Bodyguards for Universal.

The original 2016 film centered on two professional bodyguards who let their most important asset slip away. Pratt will produce through his Indivisible Productions alongside Anthony and Joe Russo, and Mike Larocca, who will produce through their Agbo production banner.