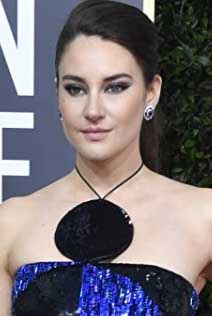 In the film, Teller and Woodley play a newlywed liberal couple who move in next door to an ultra-conservative neighbor and ex-marine played by Hurt. They soon become at odds with Hurt when he insists on building a 9-foot-tall fence that he believes will help him protect from terrorists.

Shane Danielsen wrote the screenplay based on a story by Hákonarson. Justin Nappi and Juliet Berman are producing for Treehouse Pictures.

Shailene Woodley most recently starred in director Drake Doremus's Endings, Beginnings. She also is co-starring and executive producing on the upcoming Last Letter From Your Lover, as well as staring opposite Benedict Cumberbatch and Jodie Foster in Mauritanian for STX. Woodley will also begin filming the thriller Misanthrope next year.

William Hurt is an Oscar winner, who has also been nominated four times for movies like Broadcast News and A History of Violence and will next be featuring in Marvel’s upcoming Black Widow movie.

Woodley and Teller are reuniting for what will be their fifth film together. They first starred in the "Divergent" trilogy of films but were a couple in the indie "The Spectacular Now".

Teller is currently in production on Netflix's "Spiderhead" alongside Chris Hemsworth and from his director on "Top Gun: Maverick", Joseph Kosinski. He was most recently seen in the Amazon series "Too Old to Die Young" by "Drive" director Nic Refn.