Alfred Molina Will Return as Doctor Octopus in Spider-Man 3. 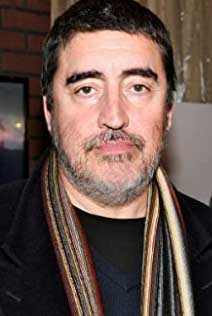 Molina's return comes on the heels of the announcement that Jamie Foxx is returning as Electro from The Amazing Spider-Man 2, there has been a substantial increase in speculation as to what the still-untitled Spider-Man 3 is doing.

Jamie Foxx, who played Electro in Amazing Spider-Man 2, The (2014), has previously confirmed that he'll be playing the character again in Spider-Man 3. Because he clarified that he won't be blue in the movie, it wasn't clear if he was reprising the same Electro by way of a Spider-Verse or an alternate version of the character.

Tobey Maguire, who portrayed the role in Sam Raimi's trilogy, is also in talks to return alongside Kirsten Dunst, who played Mary Jane Watson. Plus, Andrew Garfield's version of the character from The Amazing Spider-Man is getting in on the action too.