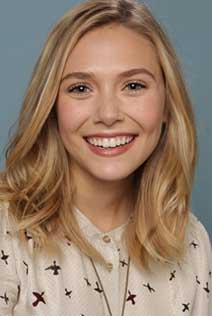 Doctor Strange in the Multiverse of Madness star Elizabeth Olsen says filming on the Marvel movie is on hold amidst the COVID-19 surge in the U.K.

Elizabeth Olsen says Doctor Strange in the Multiverse of Madness production is currently on hold amidst a COVID-19 surge in the U.K. Directed by Sam Raimi and starring Benedict Cumberbatch, Benedict Wong, Rachel McAdams, Chiwetel Ejiofor, the film is poised to be one of the most important projects in the Marvel Cinematic Universe's Phase 4, as it connects to the upcoming WandaVision and Spider-Man: Homecoming 3. Olsen is reprising her role as Scarlet Witch in Doctor Strange in the Multiverse of Madness, which began production in the U.K. It is currently scheduled for a March 2022 release.

It is also unclear if the production suspension will end up having an effect on the release date for Doctor Strange 2. It will really depend on how long the new round of lockdowns lasts, along with how the new variant of COVID-19 sticks around.

Marvel Studios is kicking off a new era of comic book stories with their first Disney+ series later this month. WandaVision brings back Elizabeth Olsen and Paul Bettany as Wanda Maximoff and Vision in one of Marvel’s most unique storytelling ventures yet.

WandaVision is preparing to launch January 15th, exclusively on Disney+. The mysterious series will consist of nine episodes, which are paying tribute to classic sitcoms. Marvel Studios boss Kevin Feige has revealed that the first Marvel Cinematic Universe Disney+ series will be directly tied to Doctor Strange in the Multiverse of Madness, though he did not reveal how. It is believed that Doctor Stephen Strange actor Benedict Cumberbatch will have a cameo in WandaVision. However, that has yet to be confirmed officially at this time. Thankfully, MCU fans don't have to wait too much longer to see what WandaVision will contribute to Phase 4 and beyond.