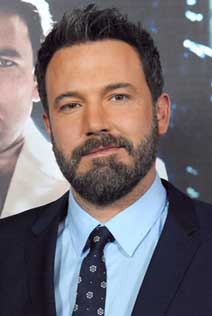 Hollywood star Ben Affleck will be bringing the bestselling book series, Keeper Of The Lost Cities, alive on the big screen through a film adaptation.

Disney is developing a Keeper of the Lost Cities movie, with Ben Affleck attached to direct. The Batman v Superman: Dawn of Justice star will also pen the screenplay alongside Kate Gritmon. Affleck will, additionally, produce the movie through his Pearl Street production company.

The Keeper Of The Lost Cities series revolves around a 12-year-old telepathic girl named Sophie, who is searching for answers about her secret abilities. She goes on to learn that she is not human, but from another world.

Affleck has mostly directed grounded, realistic thrillers, so this seems like a big change of pace for him. Also this movie is being developed by Disney, so this will be the first project in quite some time that Affleck will be making for a studio that isn’t Warner Bros.