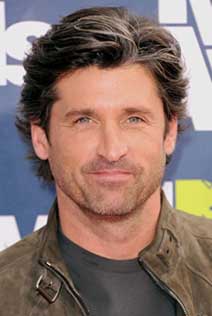 After years in development, Enchanted 2 is officially moving forward with Amy Adams and Patrick Dempsey.

Patrick Dempsey has confirmed that he will star alongside Amy Adams in the long-awaited Enchanted sequel.

In a new interview, Patrick Dempsey was asked about his involvement in Enchanted 2, which is officially titled Disenchanted. "I just got this script for the second movie, and then I'm starting to go through and get notes together," the actor said. Dempsey concluded by noting, "There's talk that we'll start shooting that in the spring, which is exciting."

Patrick Dempsey also took a minute to reflect on the success of Enchanted. "Amy Adams is so amazing in that film," Dempsey said. "It was a fun project to be a part of." As for what fans can expect with Disenchanted, director Adam Shankman teased in 2018 that it will focus on "Giselle finding herself questioning her happily ever after, and accidentally triggering events that make everyone's lives turn upside down in both the real world and in the animated kingdom of Andalasia."

As romantic-comedy lovers may recall, the children's movie is about a fairy-tale character named Giselle, portrayed by Amy Adams, being sent away to the magical land of New York City as punishment an evil queen (Susan Sarandon). There, she meets the divorced lawyer and single father (Dempsey) and creates a lot of chaos for him before falling in love and making him believe in love again.