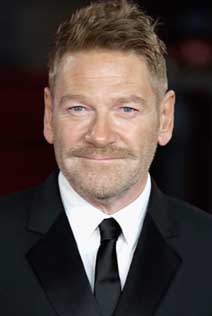 Kenneth Branagh has been tapped to direct the upcoming Bee Gees biopic for Paramount Pictures.

The biopic, with Ben Elton writing the script, had long gestated at Steven Spielberg’s DreamWorks and, more recently, at Amblin, before heading to Paramount through Bohemian Rhapsody producer Graham King, who had teamed with former DreamWorks exec Stacey Snider and her new company Sister.

The movie will center on the life and times of the genre-spanning band, following the humble beginnings of brothers Barry, Maurice and Robin Gibb into their journey to pop superstardom. Following their first No. 1 hit "How Can You Mend a Broken Heart", the Bee Gees went on to write and perform hundreds of popular songs and worked on the soundtrack for the 1977 film "Saturday Night Fever."

The band was the subject of a recent HBO documentary titled How Can You Mend a Broken Heart, which was directed by Frank Marshall. Barry Gibb, the only surviving member of the band, was interviewed for the doc; Maurice died in 2003 and Robin in 2012.