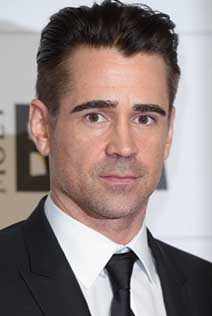 Ron Howard has signed Viggo Mortensen, Colin Farrell, and Joel Edgerton to star in his upcoming drama, "Thirteen Lives" The film tells the incredible real-life story of the brave cave divers that went on a mission to save 13 people in Thailand.

The film tells the true story of the rescue of twelve boys and their soccer coach from a flooded, impenetrable cave system in Thailand in 2018. Thai families, the government, and a community of farmers and neighbors came together alongside volunteers from around the world to get them out of the Tham Luang Nang Non cave system in Chiang Rai Province.

In the film, Viggo Mortensen portrays Richard Stanton. A specialist in cave rescues through the Cave Rescue Organization, he was honored with the George Medal, the second-highest civilian award for bravery. Mortenson is one of the most recognizable actors in Hollywood thanks to his role as Aragorn in The Lord of the Rings franchise. The actor also touts three Oscar nominations for Best Actor thanks to his work in films like Green Book.

Colin Farrell will portray John Volanthen in Thirteen Lives. A veteran cave diver, Volanthen was honored with the George Medal for his efforts in the rescue. Colin Farrell boasts a rather impressive filmography in his own right. Most recently, the actor appeared in Disney’s Dumbo and Artemis Fowl. Up next, he will portray Oswald Cobblepot/Penguin in DC’s The Batman, starring Robert Pattinson.

The film will shoot in Australia - with the support of the Australian and Queensland Governments - and also Thailand. Production begins this month. Thirteen Lives will be released theatrically in the U.S. via MGM’s joint venture distribution company United Artists Releasing, and internationally through Universal Pictures International.