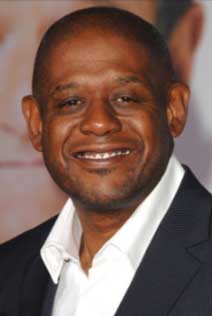 Academy Award and Golden Globe winner Forest Whitaker is set to co-star with Tom Hardy in the Netflix action film "Havoc" from Gareth Evans, the director of the critically acclaimed martial arts film "The Raid".

The film hails from writer, director, and producer Gareth Evans, the first under a new exclusive multi-year deal to produce and direct films for the streamer.

Tom Hardy stars in "Havoc" as a bruised detective who, after a drug deal gone wrong, must fight his way through a criminal underworld to rescue a politician's estranged son. In doing so, he unravels a deep web of corruption and conspiracy that ensnares his entire city.

Forest Whitaker won the Academy Award and Golden Globe for best actor for his portrayal of Ugandan dictator Idi Amin in The Last King of Scotland. He has turned in tour de force performances in a number of other films, including but not limited to Ghost Dog: The Way of the Samurai, The Butler, Black Panther, Platoon, Bird, and The Great Debaters. He currently stars in the Epix series Godfather of Harlem as legendary gangster Ellsworth Bumpy Johnson. The second season of the show will debut in April.

Evans is producing Havoc under his One More One Productions banner. Ed Talfan of Severn Screen will also produce, as will Aram Tertzakian for XYZ Films. Hardy will produce in addition to starring.