Seth Rogen to Play Steven Spielberg's Uncle in Film Based on Director's Childhood. 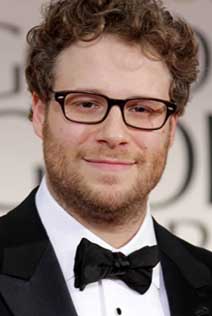 Seth Rogen has joined Steven Spielberg's upcoming film based on his childhood in Arizona. Rogen will take on the role of Spielberg's favorite uncle in the untitled film.

The untitled film is loosely based on Spielberg's formative years in Phoenix, Arizona, and already has Michelle Williams on the call sheet in a role inspired by the filmmaker’s mother. Spielberg penned the script with Tony Kushner, with whom he worked on Munich, Lincoln and West Side Story.

The search is underway to find young actors of multiple ages to round out the cast, with one of them playing the role inspired by a young Spielberg - although the character’s name will not be Steven.

The untitled film is eyeing a summer production start with a release date planned for sometime in 2022. Spielberg, Kushner and Kristie Macosko Krieger are producing the project.

Though Seth Rogen is clearly known for his comedic talents, he delivered an outstanding dramatic turn as Steve Wozniak in Danny Boyle’s Steve Jobs. About a decade ago, he spread his dramatic wings with an excellent supporting performance in Jonathan Levine’s 50/50. Even some of his recent comedic roles, such as The Long Shot and the aforementioned An American Pickle have shown evidence of his solid dramatic work. But working with Spielberg feels like the next big step up.

Film Stories : Indiana Jones and the Kingdom of the Crystal Skull (2008)