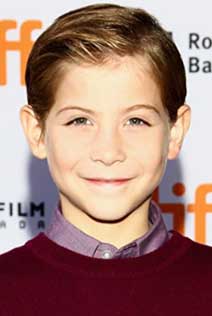 There's no word on who Tremblay is playing just yet, but he joins Peter Dinklage, who is playing the title character. Macon Blair, who co-wrote and starred in Blue Ruin, is directing the pic, which is based on the 1984 cult classic of the same name.

Full plot details aren't clear, but The Toxic Avenger reboot is said to be "steeped in environmental themes" and will provide a humorous take on the superhero genre in the spirit of Deadpool. Per the logline, when a "struggling everyman is pushed into a vat of toxic waste, he is transformed into a mutant freak who must go from shunned outcast to underdog hero as he races to save his son, his friends and his community from the forces of corruption and greed."

Troma's Lloyd Kaufman and Michael Herz, who co-directed the original movie, are on board to produce the Toxic Avenger remake. Released in 1984, the original is widely regarded as a cult classic and one of the most well-known B-movies of all time.