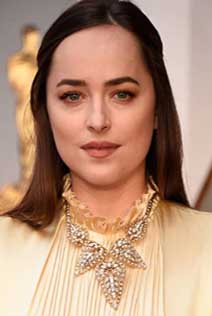 Described by Netflix and MRC as a "modern, witty approach to a beloved story while still remaining true" to the novel, the logline per the companies is thus: "Living with her snobby family on the brink of bankruptcy, Anne Elliot is an unconforming woman with modern sensibilities. When Frederick Wentworth, the dashing one she once sent away, crashes back into her life, Anne must choose between putting the past behind her or listening to her heart when it comes to second chances."

The adaptation will be directed by Carrie Cracknell, who will be making her feature film debut having carved out a stellar reputation on Broadway with Jake Gyllenhaal's Sea Wall/A Life, as well as the late Helen McCrory‘s acclaimed run in the National Theatre’s production of The Deep Blue Sea. She will be working from a script by Ron Bass and Alice Victoria Winslow.

Dakota Johnson is probably best known for her work in the 50 Shades of Grey features, but she has been in a number of high-profile projects since those films were released. She’s starred in Luca Guadagnino’s Suspiria remake, as well as Bad Times at the El Royale, Our Friend, The Peanut Butter Falcon, and most recently, The High Note. She’s next expected to show up in the feature film, The Lost Daughter, by filmmaker Maggie Gyllenhaal.