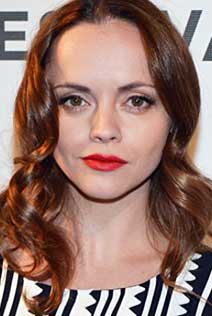 Christina Ricci has joined the cast of the upcoming Keanu Reeves sequel The Matrix 4, though details on her role aren't yet clear.

The Matrix 4 will be featuring the return of Keanu Reeves, Carrie-Anne Moss, and Jada Pinkett Smith, reprising their iconic roles as Neo, Trinity, and Niobe. The film will also star newcomers Priyanka Chopra Jonas, Jessica Henwick, Neil Patrick Harris, Toby Onwumere, and Yahya Abdul-Mateen II, who is rumored to be playing young Morpheus.

Ricci has previously worked with Lana in 2008 on the Wachowski’s Speed Racer. The movie was based on the novel of the same name by author Tatsuo Yoshida. The futuristic sports action comedy film also featured Emile Hirsch, John Goodman and Susan Sarandon.

While fan favorites like Neo and Trinity are back, Laurence Fishburne previously announced that he was not asked to reprise his role as Morpheus for the movie. Joe Pantoliano, who played Cypher in the first Matrix, also said he received no response to his offer to reprise his role if needed.

"I have not been invited," Fishburne told New York Magazine last year, suggesting he'd be open to coming back if only he'd been asked. "Maybe that will make me write another play. I wish them well. I hope it's great."

The Matrix 4 is written by Lana Wachowski, David Mitchell and Aleksander Hemon based on characters created by The Wachowskis. Lana Wachowski, Grant Hill and James McTeigue are the producers with Terry Needham, Garrett Grant and Bruce Berman executive producing.