Taron Egerton to Star in Claire Denis' 'Stars at Noon'. 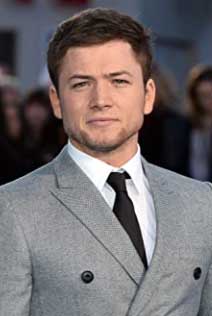 Taron Egerton has signed to co-star opposite Margaret Qualley in Claire Denis' Nicaragua-set thriller Stars At Noon, following the departure of Robert Pattinson due to other shooting commitments.

The film is set in Nicaragua amid a period of violence and political turmoil. Egerton will play an employee of a shady British oil company who becomes entangled with a struggling female reporter, played by Margaret Qualley, whom he meets in the bar of a faded luxury hotel.

Egerton replaces Pattinson who was keen to work with Denis again after their first collaboration in the 2018 deep space drama High Life.

The actor has been forced to walk away from the project due to other commitments, following delays in the Stars At Noon shoot due to the Covid-19 pandemic. Originally scheduled for spring 2020, filming will now take place in Panama in October 2021.

Stars at Noon is produced by France's Curiosa Films, in co-production with Brazil’s RT Features. A24 has the U.S. rights to the project, and Canal+ and Arte have French TV rights.