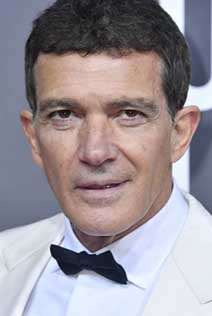 Antonio Banderas is Harrison Ford's newest co-star in the anticipated next installment in the Indiana Jones franchise. The Oscar-nominated Banderas has closed a deal to join the film to star alongside Ford.

Banderas will be joining Harrison Ford, who returns as the titular protagonist, along with Phoebe Waller-Bridge, Mads Mikkelsen, Boyd Holbrook, Shaunette Renée Wilson and Thomas Kretschmann.

The upcoming adventure film, which began shooting at Pinewood Studios near London in June, marks the first Indiana Jones movie to be produced under the Disney banner.

Steven Spielberg, Kathleen Kennedy, Frank Marshall and Simon Emanuel are producing, while the film was written by Jez Butterworth, John-Henry Butterworth and Mangold.

Production is currently underway, with the film set to bow on July 29, 2022. Plot details are still vague on what new adventure awaits Jones, as are details behind who Banderas will be playing.

A veteran actor, Antonio Banderas is known for a variety of roles with titles from his past including Desperado, The Mask of Zorro, Spy kids, and Puss in Boots. Just last year, Banderas scored his first Oscar nomination for his role in the movie Pain and Glory. Currently, Banderas can be seen in The Hitman's Wife's Bodyguard which is now playing in theaters.

The movie finally began shooting this summer with Harrison Ford back on set for his last adventure as Indiana Jones. Just weeks later, the 78-year-old actor injured his shoulder while rehearsing a fight scene, bringing about concerns of further delays.

Film Stories : Indiana Jones and the Kingdom of the Crystal Skull (2008)