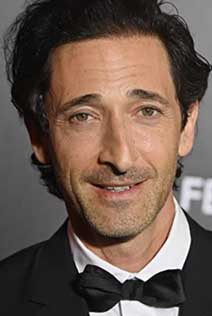 Adrien Brody will join the cast of Wes Anderson's next film following The French Dispatch, alongside frequent alums Bill Murray and Tilda Swinton.

Brody has been cast alongside Murray and Swinton for Anderson's upcoming film, which Anderson will write and direct just like his previous movies. Brody has also previously worked on The Grand Budapest Hotel, Fantastic Mr. Fox, and The Darjeeling Limited, marking his fifth collaboration with Anderson. The highly anticipated new movie is set to shoot in Spain.

"The French Dispatch" is expected to land in October from Disney and Searchlight Pictures, after being delayed due to the pandemic. The film’s story was developed by Wes Anderson, Hugo Guinness, Roman Coppola, and Jason Schwartzman with Anderson mainly tackling the final script.

While it is unknown what Brody's role will be, it will be exciting to see him reunite with familiar faces in anticipation of Anderson's next project.