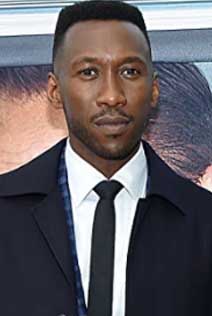 Oscar winner Mahershala Ali was announced to portray the vampire hunter at San Diego Comic-Con in 2019. The highly anticipated film is currently undated, but expected to be part of the Marvel Cinematic Universe’s Phase Four.

Tariq is an American who lives in New York and was born in Pakistan. Before Mogul Mowgli, which has yet to come out in the U.S. properly, he co-directed and produced the Sundance-funded documentary These Birds Walk (2013) with Omar Mullick and was named one of Filmmaker magazine’s 25 New Faces of Independent Film in 2012. Tariq made waves in 2020 with the aforementioned Mogul Mowgli, a music drama starring Riz Ahmed. The film garnered acclaim at the 70th Berlin International Film Festival, and Strand Releasing is finally releasing the film in the U.S. this September.

The character of Blade first appeared in Tomb of Dracula #10 in 1973, becoming an instant cult favorite.

Wesley Snipes previously played the half-vampire superhero in a trilogy of box-office blockbusters, beginning with 1998’s Blade. The series, which included 2002’s Blade II and 2004’s Blade Trinity, focused on the vigilante, a human who possesses vampire strength and protect humans from the bloodsuckers.