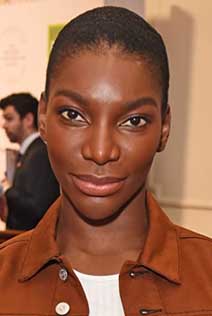 Coel broke out in a big way this year and landed three Emmy nominations for her HBO Max series "I May Destroy You", which was critically acclaimed as one of the best shows of 2020.

Coel is also known for the E4 sitcom "Chewing Gum", which she created and wrote, the earned her acclaim in the mid-2010s. She's appeared in "Black Mirror", had a minor role in "Star Wars: The Last Jedi", but mostly in the U.K., she is known as an actress, screenwriter, director, and producer creating her own works on stage and TV.

As Marvel Studios has said, they will not recast the character of T’Challa, in order to honor star Chadwick Boseman’s legacy and performance following his passing last August, so the sequel "will explore the world of Wakanda and the rich characters introduced in the first film."

Ryan Coogler co-wrote the 'Wakanda Forever' sequel with Joe Robert Cole, but there is still a huge mystery on the entire plot and how they'll deal with the absence of the film's former lead Chadwick Boseman who passed away in August 2020. Marvel Studios has been adamant they will not be recasting the T'Challa role. The original film earned over a billion dollars at the global box office, making the superhero movie a huge success for Disney.