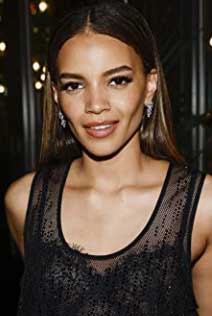 Fresh off her star-making turn in Jon M. Chu's In the Heights, Leslie Grace has been selected to play Barbara Gordon/Batgirl in a Warner Bros./DC movie that will be showing on HBO Max. This character is Gotham police commissioner Jim Gordon's daughter who becomes a caped crusader to fight crime.

The filmmaking duo behind Bad Boys For Life, Adil El Arbi & Bilall Fallah, will direct Batgirl for HBO Max. Christina Hodson, who wrote Birds of Prey and The Flash, has written the script.

There’s no word yet on where this will fall into the greater DC Films multiverse, and whether it will be a standalone tale or fit into a previously established film world.

'Five Feet Apart' actress Haley Lu Richardson, 'Dora and the Lost City of Gold' star Isabela Merced and 'Set It Up's' Zoey Deutch were all said to be in contention for the role before Grace ultimate took the spot.

Created by Bill Finger and Sheldon Moldoff, Batgirl has been appearing in DC Comics stories since her debut in Batman No. 139 in 1961. Initially, her secret identity was named Betty Kane, though Barbara Gordon has since become the most established version of the character.