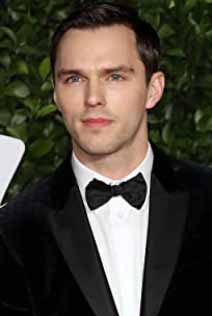 Nicholas Hoult is on board to star in Universal Pictures' Renfield, a monster movie centered on Dracula's familiar henchman.

Chris McKay, who helmed Amazon's The Tomorrow War, is directing the feature which has a story from The Walking Dead creator Robert Kirkman. Ryan Ridley, known for Fox's Ghosted and Adult Swim's Rick & Morty, penned the script.

The character of Renfield originated in Bram Stoker’s 1897 novel Dracula as a patient in an asylum with an obsession for drinking blood, deluded into thinking he will find immortality. He bows at the feet of the vampire king, who feeds him insects and rats and dangles everlasting life in front of him.

The loyal follower of Dracula has appeared numerous times onscreen, including being played by Dwight Frye in 1931’s Dracula and by Tom Waits in Francis Ford Coppola’s 1992 adaptation.

Hoult recently starred in "Those Who Wish Me Dead" alongside Angelina Jolie and appeared as The Beast in the latest "X-Men" sequel "Dark Phoenix". On the TV front, he received acclaim for "The Great" on Hulu.

With Universal now seeming to have found where they are heading with their Universal Monsters revivals, it is likely we will see more added to the growing list, which in 2020 already included The Invisible Woman, Paul Feig's Dark Army and a new take on Dracula in its own right. With all of these only in the early stages, it is likely to be a year to two before we see many of this new wave of remakes and retellings arrive in cinemas.