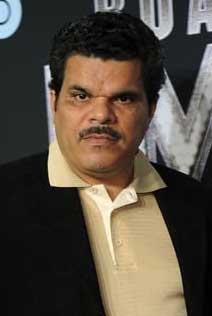 Luis Guzman will guest star as Gomez Addams, patriarch of the Addams family and father of Wednesday, played by Jenna Ortega.

Titled Wednesday, the eight-episode comedic "coming-of-age tale" stars Jenna Ortega (You) in the titular role and charts her character's years as a student at Nevermore Academy. "Wednesday's attempts to master her emerging psychic ability, thwart a monstrous killing spree that has terrorized the local town, and solve the supernatural mystery that embroiled her parents 25 years ago - all while navigating her new and very tangled relationships at Nevermore," per the official logline.

Tim Burton will make his TV directorial debut on the project, while Smallville creators Al Gough and Miles Millar will handle writing/showrunning duties.

Luis Guzman is a veteran actor who has been seen in dozens of roles on the big and small screens. A SAG Award winner based on his performance in Traffic, Guzman is also known for his roles in other Steven Soderbergh movies like The Limey and Out of Sight. He has also starred in Paul Anderson movies like Boogie Nights, Magnolia, and Punch-Drunk Love. His small screen credits include HBO's Oz, How to Make It in America, Narcos, Roadies, and Code Black.