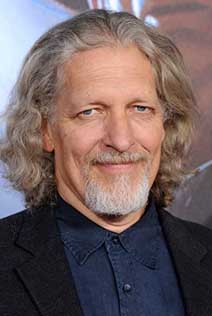 Lionsgate has reportedly closed a deal for Clancy Brown to join the cast of the fourth "John Wick" movie which is currently in production for Lionsgate.

Director Chad Stahelski beamed: "I have been a fan of Clancy Brown’s since I can remember. To have him be a part of this project is an honor. He will make a perfect addition to the World of John Wick!"

John Wick: Chapter 4 is written by Shay Hatten and Michael Finch and produced by Basil Iwanyk, Erica Lee, and Stahelski and executive produced by Reeves and Louise Rosner. Production is already underway in France, Germany, and Japan.

Clancy Brown next can be seen in the Showtime series revival Dexter New Blood, which launches Nov. 7, and in the feature film Last Looks opposite Morena Baccarin, Mel Gibson and Charlie Hunnam. He recently starred in Promising Young Woman (2020) and Thor: Ragnarok (2017).