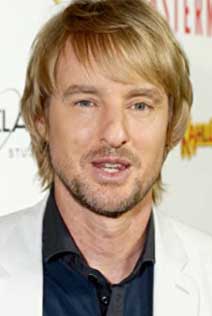 Owen Wilson has joined LaKeith Stanfield and Tiffany Haddish as part of the cast of Disney's upcoming reboot of The Haunted Mansion, based on the signature theme park rides.

Haunted Mansion will follow a family that moves into the titular mansion. Stanfield will reportedly play a widower who once believed in the supernatural but is now a rather lifeless tour guide in New Orleans's French Quarter. Haddish will portray a psychic hired to commune with the dead.

Dan Lin and Jonathan Eirich produce and filming begins in Atlanta in October. Wilson is having a bit of a comeback following his turn in "Loki" and the upcoming "The French Dispatch" and "Marry Me".

The project begins shooting in Atlanta in October. It is the latest to be based on one of the company’s classic rides and comes in the wake of the studio releasing Jungle Cruise, also inspired by a theme park attraction. The latter has grossed over $106 million at the domestic box office even as it streams on Disney+.