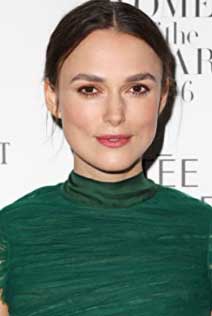 Keira Knightley has signed on to star in the leading role in a film by 20th Century Studios based on the 1960 Boston Strangler murders.

The film will be produced by The Last Duel director Ridley Scott and Kevin Walsh of Scott Free Productions with Tom Ackerley and Josey McNamara of LuckyChap Entertainment set to join as co-producers.

Keira Knightley is no stranger to taking part in biopic films after playing lead roles in the 2014 Oscar-nominated The Imitation Game and 2019's Official Secrets, so to say that this is a good piece of casting would be an understatement. Before the famed English actress appears in Boston Strangler, she will be seen in the comedy film Silent Night and the animated film, Charlotte (where she voices the main character), which recently premiered at the Toronto International Film Festival.