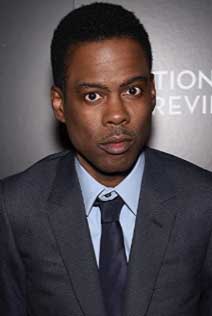 The film, titled Rustin, will be the first narrative feature produced by Higher Ground, the production company started by Michelle and Barack Obama. George C. Wolfe will direct the film for Netflix.

George C. Wolfe, who previously oversaw "Ma Rainey's Black Bottom", directs from a screenplay he co-wrote with "Milk's" Dustin Lance Black. Netflix will release the film under their deal with Higher Ground.

This project will be part of Higher Ground Productions’ first-look deal with Netflix which they’ve signed in 2018. The deal has previously produced two acclaimed documentary films: 2019’s American Factory which earned them their first Oscar win for Best Documentary Feature, and Crip Camp.

The film will look at the onslaught of obstacles that Rustin had to overcome to organize the 1963 March on Washington, which was where Dr. Martin Luther King Jr. delivered his historic I Have a Dream speech. Rock will play NAACP leader Roy Wilkins; Turman will portray activist and March on Washington co-organizer A. Philip Randolph; and McDonald, will play civil rights icon Ella Baker.