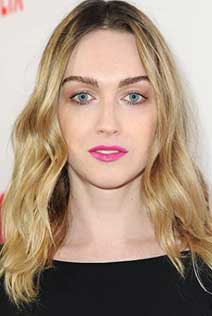 Jamie Clayton has scored the key role of Pinhead in David Bruckner’s upcoming reboot of the "Hellraiser" franchise.

The project is described as a "loyal, yet evolved reimagining" of the movie based on Clive Barker's novella The Hellbound Heart. Barker expanded the story into a 1987 movie he wrote and directed about a puzzle box that opens a gateway to a horrific world run by Cenobites, mutilated beings dedicated to torture and led by a prickly headed man nicknamed Pinhead.

Clayton takes over a role originally played by Doug Bradley across multiple films. Clive Barker, who created the original novella The Hellbound Heart and directed the original Hellraiser film, has also come on board as producer.

Hellraiser creator Clive Barker signed away the story and character rights to Dimension Films, unaware of how successful and iconic the franchise, especially the villainous character Pinhead, would become. Now, he's set to regain the U.S. rights on December 19, 2021 and has stepped up as a producer on the project. This is fantastic, as Barker finally has his creation back where it belongs, and is able to influence the remake's final product.

The re-imagining of "Hellraiser" will debut exclusively in the U.S. on Hulu. Oillataguerre and Chris Stone, Vice President of Production & Development will oversee the film on behalf of Spyglass.