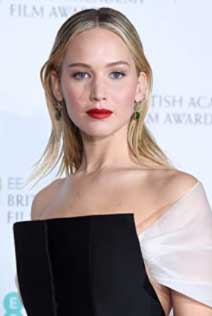 Along with Lawrence, the film will be directed by Gene Stupnitsky, a writer and co-executive producer on NBC’s The Office. No Hard Feelings will be Stupnitsky’s follow-up to the 2019 coming-of-age ensemble comedy Good Boys, his feature-length directorial debut. Stupnitsky also serves as co-writer on No Hard Feelings, alongside John Phillips.

"No Hard Feelings" is set in Montauk, NY, a hamlet on the east end of Long Island. The package is billed as an R-rated comedy in the vein of the 1983 Tom Cruise film "Risky Business" and the 2011 Cameron Diaz vehicle "Bad Teacher", which Stupnitsky served as an executive producer and writer on.

Sony won the deal for a sizeable sum and its zeal to provide a theatrical release for the comedy. Producers include Alex Saks, Marc Provissiero, Naomi Odenkirk, Lawrence and Justine Polsky. Phillips is an exec producer.