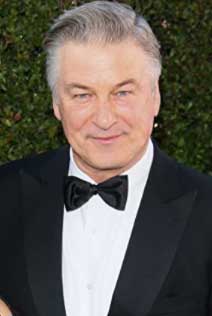 The incident occurred on the set of "Rust", an independent feature that was filming at the Bonanza Creek Ranch, a popular production location south of Santa Fe.

Cinematographer Halyna Hutchins, who worked on a number of indie productions including Archenemy, Blindfire and The Mad Hatter, died Thursday after being injured when a prop gun was discharged by actor Alec Baldwin on the set of Rust. She was 42.

Rust is currently rolling cameras at the Bonanza Creek Ranch in New Mexico, and officials say that at around 1:50 pm MST, sheriff’s deputies were sent to the set after a 911 call came in about someone having been shot. It’s since been confirmed by the Santa Fe County Sheriff’s Office that a female crew member died from injuries sustained by the misfire, and a male crew member is in emergency care at Christus St. Vincent’s Hospital.

Born in Ukraine in 1979, Halyna Hutchins grew up on a Soviet military base in the Arctic Circle. She attended Kyiv National University and graduated with a degree in international journalism. In her first career, she worked as an investigative journalist for British documentary productions in Eastern Europe.

Inspired by cinematographers such as Christopher Doyle and Sergey Urusevskiy, she decided to focus on filmmaking and moved to Los Angeles, working first in various production-assistant jobs and as a grip-electric, while also shooting short films.

A spokesperson from the production said the "accident" involved the misfire of a prop gun with blanks. "Production has been halted for the time being. The safety of our cast and crew remains our top priority", the initial statement said.