Emilia Clarke And Chiwetel Ejiofor Starring In The Pod Generation. 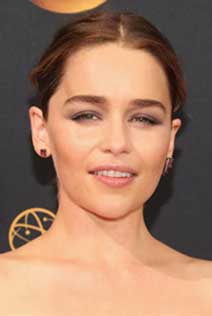 Emmy nominee Emilia Clarke and Oscar nominee Chiwetel Ejiofor have officially signed on for the leading roles in the upcoming sci-fi romantic comedy film titled The Pod Generation. On top of starring, Clarke will also be serving as an executive producer. Production is expected to begin in March 2022.

Cold Souls director Sophie Barthes is behind this one, which is set in a near future where AI is all the rage and nature is becoming a distant memory. The story revolves around Rachel (Clarke) and Alvy (Ejiofor), a New York couple who are ready to take their relationship to the next level and start a family. Rachel’s work gives them a chance to use a new tool developed by a tech giant, Pegasus, which offers couples the opportunity to share pregnancy on a more equal footing via detachable artificial wombs, or pods. Alvy, a botanist and devoted purist, has doubts, but his love for Rachel prompts him to take a leap of faith. And so begins the wild ride to parenthood in this brave new world

Clarke gained worldwide recognition for her acclaimed performance as Daenerys Targaryen in HBO’s Game of Thrones, which ran on-air for eight seasons from 2011-2019. She is currently in production for Marvel Studios’ upcoming Disney+ series Secret Invasion, starring alongside Samuel L. Jackson, Olivia Colman, and Ben Mendelsohn.

Ejiofor’s film credits include Amistad, Four Brothers, 2012, 12 Years a Slave, The Martian, Doctor Strange, The Boy Who Harnessed the Wind, and The Lion King. For his leading performance in 12 Years a Slave, he earned his first Oscar nomination for Best Actor.