Bill Murray Confirms He's in Ant-Man and the Wasp: Quantumania. 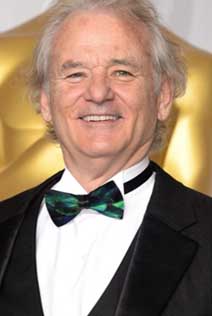 Bill Murray says he recently made a Marvel movie directed by Peyton Reed, all but confirming his reported role in Ant-Man and the Wasp: Quantumania.

In an interview with the reputable German newspaper Frankfurter Allgemeine, the often-unpredictable actor let slip the words, "You know, recently I made a Marvel movie."

The context was, apparently, a question about working with directors multiple times, given that Murray was promoting his current 9th collaboration with Wes Anderson, The French Dispatch. Murray was using said Marvel movie to explain why he favors certain directors.

Regarding the Marvel project he said, "I got to know the director - and really liked him very much. He was funny, humble, everything you want from a director."

It's also known that Ant-Man and the Wasp: Quantumania will bring in Jonathan Majors as Kang the Conqueror, a role recently hyped up by lead star Paul Rudd. The sequel's cast also includes Evangeline Lilly, Michael Douglas, Michelle Pfeiffer, and Kathryn Newton. Peyton Reed directs using a screenplay by Jeff Loveness. The movie will be released on July 28, 2023.

As for Bill Murray, the actor will soon be seen back in one of his most popular roles. He returns as Peter Venkman in the sequel Ghostbusters: Afterlife, and fans are excited to see the actor return alongside Ernie Hudson, Dan Aykroyd, Sigourney Weaver, and Annie Potts. That sequel will be released on Nov. 19, 2021.