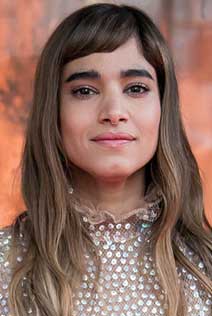 Boutella has landed the lead role in the film after testing for the part. Casting for the role has apparently been underway for several months, but Boutella wowed Snyder with her test and she managed to beat out the competition. While no other names are named, it's said that it came down to a small pool of several actresses. Snyder is writing the script with Shay Hatten and Kurt Johnstad.

Boutella will be featured as a woman with an uncertain past who will be looking for heroes on other planets to help her "peaceful colony" take on a cruel and oppressive ruler. This film is part of Snyder's Netflix deal which was revealed this past summer.

Following the success of his first film with the streamer, Army of the Dead, Zack and Deborah Snyder’s The Stone Quarry signed a first-look deal with the studio and soon after named Rebel Moon as Snyder’s next big feature. The 300 director has been meeting with talent for months for the lead role and recently cut it down to a small group of actresses, which included Boutella, to test for the part.