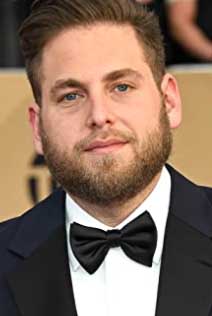 Jonah Hill is set to play Jerry Garcia in a feature about The Grateful Dead from director Martin Scorsese.

The project is set up at Apple, where Scorsese is currently working on his next feature, The Killers of the Flower Moon, starring Leonardo DiCaprio. It will also be a reteaming for the director and actor, who previously worked together on The Wolf of Wall Street. Scorsese will produce via his Sikelia Productions under a first-look deal with the tech giant. Hill will produce via his Strong Baby banner with Matt Dines.


Scorsese has previously shown his interest in the Grateful Dead before, having executive produced the documentary Long Strange Trip. The script for the project will be penned by American Crime Story: Impeachment writers Scott Alexander and Larry Karaszewski. Scorsese is also coming off of Killers of the Flower Moon, which will also be distributed by Apple TV+.

Scorsese signed a first-look deal with Apple TV+ back in 2020 and it seems to be paying off big time with the legendary director's massive, star-studded productions bolstering the streamer's lineup. We'll have more on his Grateful Dead biopic as it comes out.