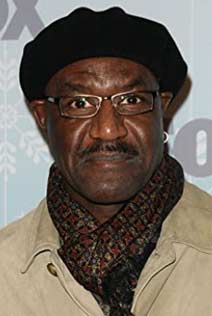 Disney has confirmed that Delroy Lindo is joining the cast of Marvel Studios' "Blade", starring Mahershala Ali as the titular human-vampire hybrid.

While Ali's casting was announced at Comic-Con in 2019, Lindo is the only other actor cast in the project since, though his exact role is unclear. The film has, however, added a writer and director.

Playwright Stacy Osei-Kuffour signed on to pen the Marvel reboot. Bassam Tariq, best known for directing the Riz Ahmed film Mogul Mowgli, will helm the the new adaptation of the popular comic.

Created by Marv Wolfman and Gene Colan, Blade first appeared in the 1973 comic book The Tomb of Dracula. The human-vampire hybrid is a protector of the mortal race while slaying evil vampires. Wesley Snipes played the part in the original Blade trilogy from New Line.

It’s unclear who Lindo will be playing, but one strong possibility is Jamal Afari, who in the Marvel comics is the man who raised and mentored Blade - a.k.a. Eric Brooks - in the ways of vampire hunting when Eric was young. In the comics, Jamal is Black, but in the 1998 feature adaptation of "Blade" starring Wesley Snipes, the character was renamed Abraham Whistler and cast with white actor Kris Kristofferson. Marvel has not yet announced a release date for "Blade", but observers expect the film to debut in the fall of 2023.